The idea of the TUDOR watch was conceived from the desire to create a timepiece which could function beyond the demands of perfection. TUDOR’s design inspiration is drawn from its rich horological heritage whilst seamlessly combining pioneering creativity and innovation.

For over half a century TUDOR have been pushing the boundaries when merging the traditional and the contemporary, inspired by their passion to incorporate state-of-the-art technology while retaining their strong connection to the past.

A TUDOR watch is born to dare.

A History of TUDOR

The TUDOR watch company starts its fascinating story in 1926 when the initial registration was made on behalf of the German Horologist Hans Wilsdorf, founder of ROLEX.

“For some years now, I have been considering the idea of making a watch that our agents could sell a more modest price than our Rolex watches, and yet one that would attain the standards of dependability for which Rolex are famous. I decided to form a separate company, with the object of making and marketing this new watch. It is called the Tudor Watch Company.” Hans Wilsdorf.

The connection between ROLEX and TUDOR in the latter’s infancy was irrefutable, Hans Wilsdorf intelligently recognised that the TUDOR brand benefited greatly from the association with ROLEX as the link between them ensured a great reputation for technical quality and fine craftsmanship of TUDOR whilst allowing him to reach a more diverse share of the watch-buyers’ market due to the more accessible price.

The early manufacture of TUDOR watches presented a very simple TUDOR logo printed on the two–tone cream dial. The designs were uncomplicated and produced in a chromium-plated material in a rectangular shape with bevelled sides.

The brand began to be more aggressively marketed in the mid ‘40’s which it where its proper identity started to shine through. TUDOR moved forward, keeping step with the innovative advancements of ROLEX – often sharing model names, such as Oyster, Prince, and Submariner. Its reputation for producing robust and reliable watches caught all the right attention and in 1952, 26 TUDOR timepieces were chosen to accompany the celebrated British scientific expedition to Greenland. Organised by the Royal Navy, the media exposure led to a request for military models to be developed for the US and French navies.

Only 2 short years later, spurred on by the momentum of success, TUDOR released its very first Tool Watch, the Oyster Submariner Divers watch which was incredibly well received at the time and still holds a legendary status amongst TUDOR enthusiasts to this day.

For several decades, the appeal of the TUDOR watch soared with their brand becoming synonymous with reliability, precision and modernity soon adding to their collection many more models which now all hold great collectable value including the 6mm thick TUDOR Adviser 7926 which remains as of the most sought after watched by horological enthusiasts.

The 1970’s saw the unveiling of the striking TUDOR Oysterdate Chronograph, a expertly crafted and stunning looking watch, this watch featured bold colours and exciting pentagonal hour markers. The excitement of this style of watch has resonated through the ages with the TUDOR chronographs of today featuring the same dramatic style, a nod to its heritage. 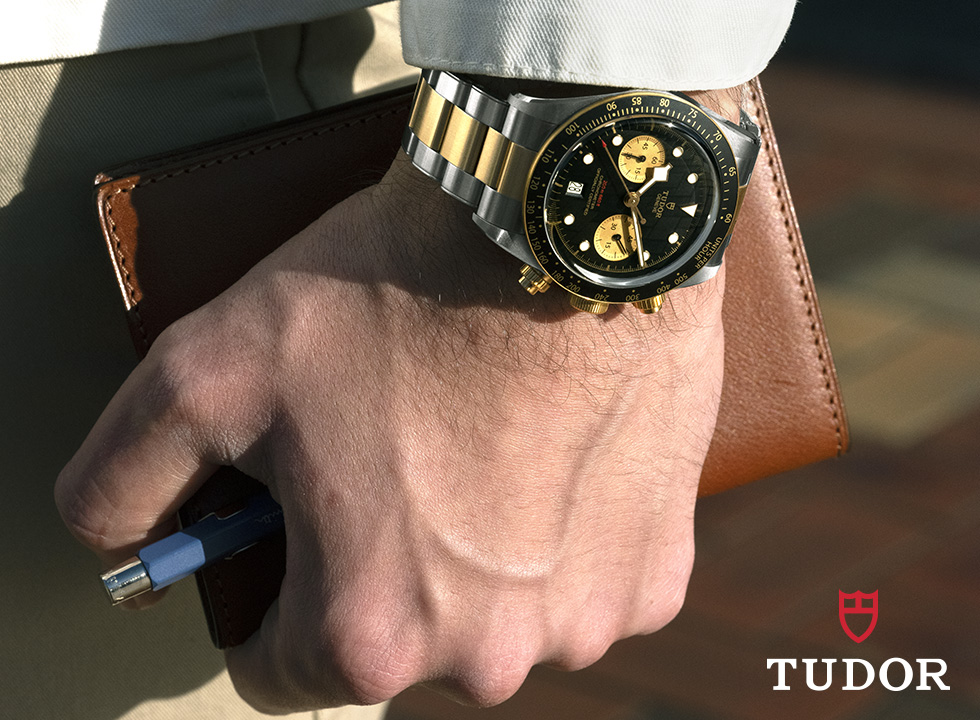 After undergoing a massive rebrand, TUDOR re-evaluated its strengths as a brand in its own right, identifying the importance of balancing its independence with its ties to a rich history paved the way for the massive success of the Black Bay.

Originally unveiled in 1954, the Black Bay pays homage to the TUDOR Submariner 9822. Pouring over 60 years of diving watch history into the most recognisable timepiece in TUDOR’s offering, the black bay relies on an incredibly precise mechanical movement manufactured in-house by TUDOR themselves.

The most iconic characteristics of the Black Bay today are inspired by qualities drawn from its historic pieces, the famous domed dial, the oversized winding crown and the snowflake hands all feature within this extensive range which currently includes an impressive 66 watches.

Proving an incredibly well received adaptation of the Black Bay is the Black Bay 58 as this model has been crafted in almost the exact dimensions of the first TUDOR divers’ watches produced. The name “58” is derived from the year 1958, a landmark milestone in which TUDOR introduced a divers watch which was water resistance to 200 meters, the reference was 7924 and was affectionately nicknamed “Big Crown”.  Presently equipped with an exclusive TUDOR manufacture movement and designed in a 39mm watch case, the styling of this model is aptly suited to those with a slimmer wrist as well as having huge appeal to those in favour of a vintage inspired timepiece. 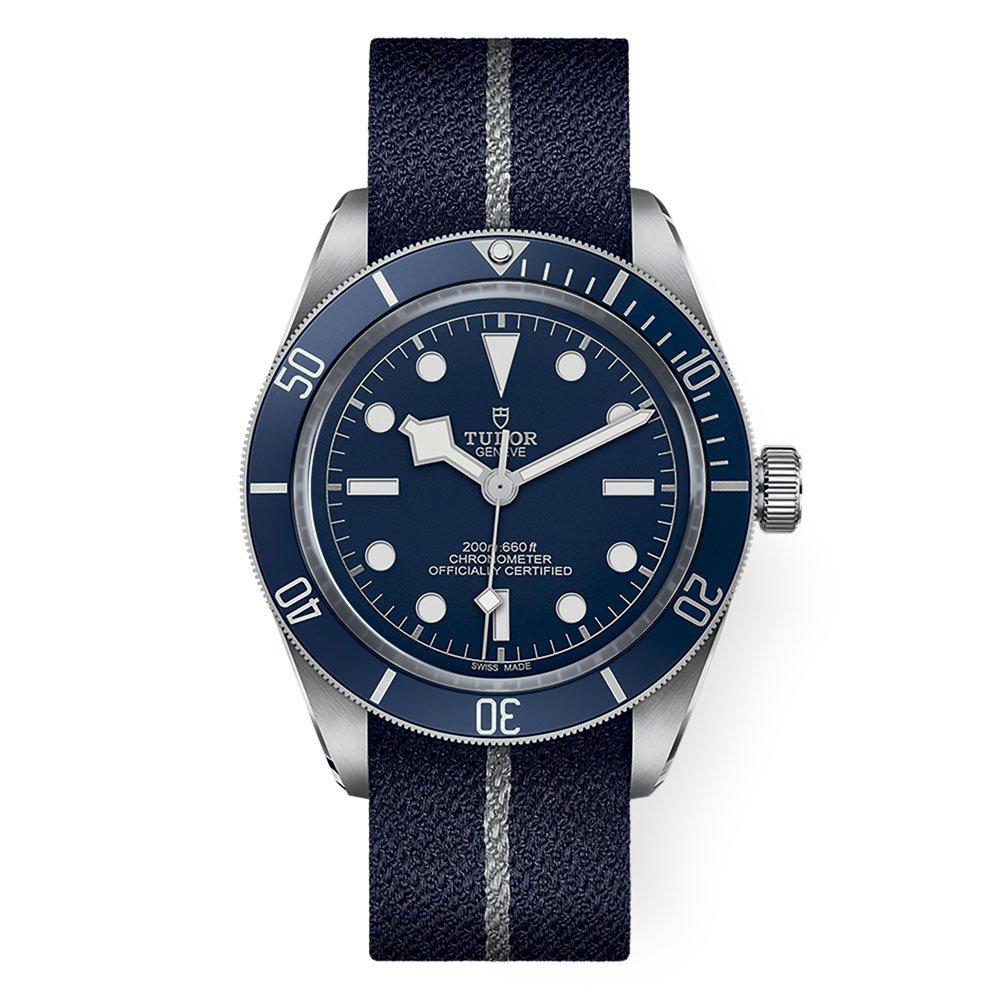 By no means overlooked in terms of aesthetics or ergonomic function are the TUDOR watches designed for women. Each TUDOR watch within this range has been crafted with the most intricate attention to detail, balancing traditional watchmaking with high performance and elegant design.

There is a bounty of stunning watches in the offering of TUDOR women’s timepieces, from the performance based Black Bay to the classically designed Glamour Date, even a sport-chic TUDOR royal collection.

Showcasing a refined and timeless design merged with modern horological excellence, TUDOR revisited a previously retired collection in 2017, the Clair De Rose.  This collection is designed entirely in steel and is available in three sizes 26,30 and 34 millimetres, this variety of sizes is aimed to suit any sized wrist. Perhaps the most exciting facet of the Clair de Rose line is its dedication to mechanical excellence proving that horological superiority is not limited exclusively to men’s watches. Every watch in this collection is fitted with a high-performance TUDOR manufacture mechanical movement. 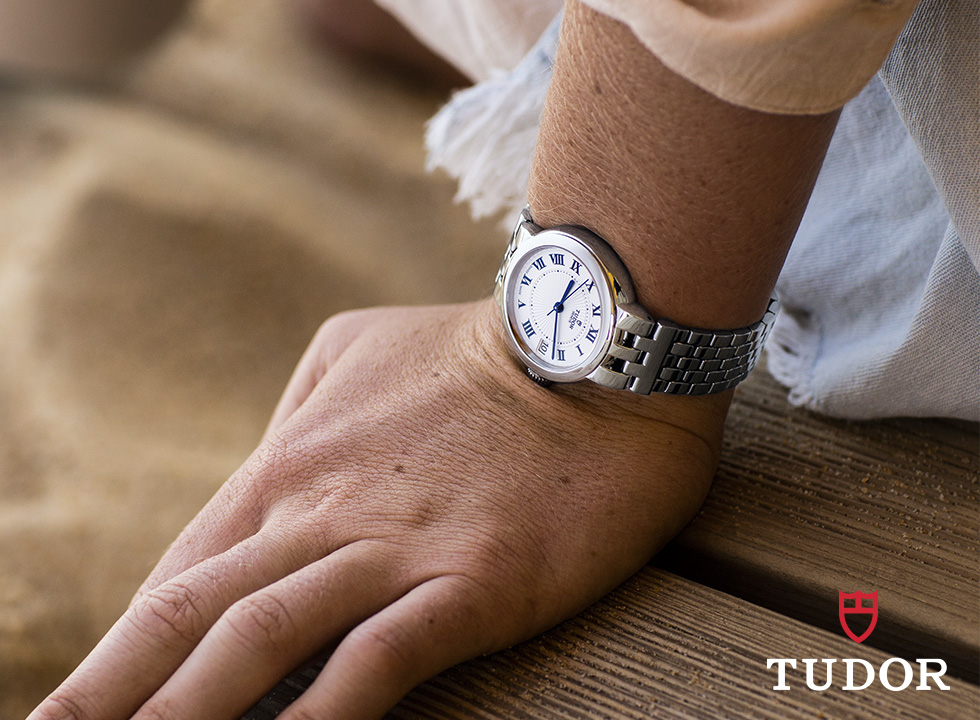 The delicately designed dials provide clarity as well as elegance, blue lacquered Roman Numerals provide a subtle hint of colour to the dial which also includes a date aperture. Diamonds are available in place of the numerals to add an extra dimension of glamour.

Once again drawing inspiration from its rich heritage, the TUDOR Clair de Rose encompasses hints of other TUDOR models such as the Princess, Royal, Glamour and Miss TUDOR.

Classic and feminine yet functional and high performing, the robust steel case is waterproof to a guaranteed depth of 100m. The beautiful winding crown features a blue spinel set en cabochon, the hint of colour playing beautifully with the blue lacquer of the dial creating a refined and timeless looking watch. 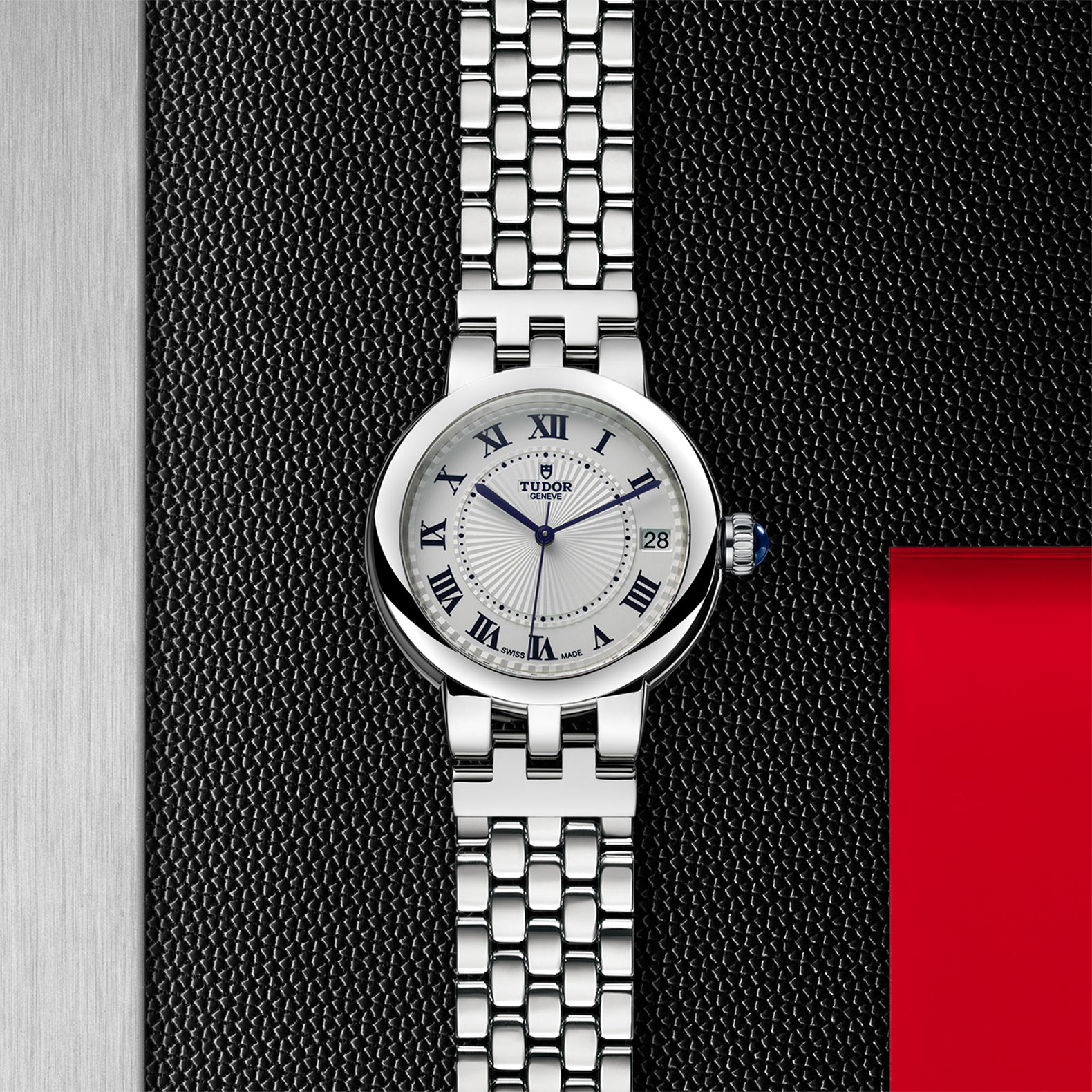 At Winsor Bishop, we appreciate TUDOR watches on every level, from their attractive designs as well as incomparable quality and value for money. From the very beginning, Tudor watches were engineered to be functional, stylish and reliable as well as economically viable. These principals have carried on into the modern day TUDOR watches available to buy at Winsor Bishop today.

Our commitment to our fellow TUDOR enthusiasts is to ensure your journey with your TUDOR watch is a seamless and enjoyable as possible. As well as ensuring we provide you with exceptional customer service from our TUDOR ambassadors when helping you to identify the ideal TUDOR watch to suit your needs, we also pride ourselves on our in-house workshop for all of your after care needs.

Our skilled in-house watch makers are accredited to service all TUDOR watches to the very same high standard you would expect from TUDORS own service centre. Regardless of whether your watch needs a simple bracelet adjustment or a full service, Winsor Bishop have the right team on had to ensure your TUDOR journey lasts a lifetime.

This entry was posted in Black Bay, News, Watches and tagged on 30th March 2021 by admin